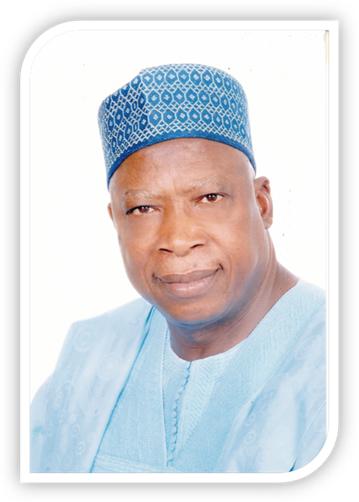 Senator Abdullahi Adamu (Sarkin Yakin Keffi)
Alhaji Abdullahi Adamu was born on July 6, 1945 at Keffi. He started his education at the age of 7 at Abdu Zanga Primary School, Keffi and completed at the Laminga Senior Primary School in 1959. His Post-Primary education started at the now Government Secondary School, Makurdi from 1960-1962, from where he proceeded to Government Technical College, Bukuru from 1963 – 1965.

Because of his strong desire for Western education, and blessed with a sharp calculating mind, he proceeded to the Kaduna Polytechnic where he read and obtained a National Diploma in Building and Civil Engineering and graduated in 1968.
He had a short employment after the diploma course with the National Electric Power Authority as a maintenance supervisor. Later he left for a Higher National Diploma at Kaduna Polytechnic and completed in 1970. After the course, he took up appointment with the Northern Nigeria Development Corporation (NNDC) Kaduna. Thereafter, he moved to the private sector where he became a Consultant Area Manager with AEK, a firm of consultants. In 1975, he was appointed the Executive Secretary of BEPCO (Benue-Plateau Construction Company) with headquarters in Jos.

His stint with Politics began in 1977 when he was elected into the Constituent Assembly, a body that drafted the country’s Second Republic Constitution of 1979. Thereafter, he became a pioneer member of the National Movement which later metamorphosed into the National Party of Nigeria (NPN). He was the Secretary and later Chairman of the NPN in Plateau State and also a member of the National Executive Committee of the party.
In 1980, as a result of his enormous contribution to the society, he was honoured with the prestigious title of SARKIN YAKIN KEFFI by His Royal Highness, the Emir of Keffi, Alhaji Chindo Yamusa II.
At the demise of the 2nd republic in 1983, he went back into the academics and enrolled in the pioneer class of the part-time Law degree of the University of Jos. By 1992, he added yet another feather to his academic career with a Law Degree from the University of Jos. He was enrolled into the Nigeria Law School, Lagos and was called to the bar in 1993 as a Solicitor and Advocate of the Supreme Court of Nigeria.
He was appointed a member of the National Constitutional Conference convened by the General Sani Abacha Administration for the drafting of a constitution for a new democratic government.
In March 1995, he was appointed a Minister of State in the Ministry of Works and Housing of the Federal Republic of Nigeria where he served up to November 17, 1997. During his tenure, he actively participated in the UN-sponsored programme for urban, housing and environmental development known as “habitat II”. He led the Nigerian delegation to the conference in Istanbul, Turkey, in June/July 1996.
At the lifting of the ban on politics he became a member of the United Nigeria Congress Party (UNCP) and was one of its leading gubernatorial contenders in Nasarawa State. His ambition was however not realised as the party, alongside others, was dissolved at the death of General Sani Abacha. At the onset of the current political dispensation, he became a founding member of the Peoples Democratic Party {PDP} and contested for the position of the Executive Governor of Nasarawa State on its platform. He won the elections conducted on 9th January, 1999. He was subsequently sworn in as the Executive Governor of Nasarawa State on May 29, 1999.
Governor Abdullahi Adamu assumed leadership of Nasarawa State with a rich background in public and private service. He was Chairman, Board of Directors, Benue Cement Company, Gboko and was also a member of the Board of Directors of the Nigerian Television Authority. He has also been honoured with the keys to the cities of Hamburg, Germany; Harlem, New York, Soweto, South Africa and the plaque of Los Angeles, USA.
In December 2003, Alhaji Abdullahi Adamu welcomed Elizabeth II of the United Kingdom on a visit to Karu, where she was entertained by cultural troupes.  Abdullahi  Adamu promised to make Nasarawa famous with the State’s solid mineral natural resources and tourist attractions, such as the Farin Ruwa Waterfalls and the flowing Eggon hills. He backed construction of the Farin Ruwa Hydro-Electric plant, visiting South Korea in 2004 and later awarding the engineering contract to the South Korean firm, Yooshing Engineering. In September 2005, he launched the School Feeding Programme in Nasarawa State, which aims to provide a fortified nutritional supplement to primary school children.

After the end of his two-term governorship, Adamu became Secretary, Board of Trustees (BOT) of the Peoples Democratic Party (PDP). In November 2009, a group of prominent PDP members stated that they would support his candidacy in the 2011 elections for the Nasarawa West Senate constituency. He was thus the PDP candidate for the Nasarawa West Senatorial seat in the April 2011 elections and was elected with 121,414 votes, while his closest rival, retired General Ahmed Abdullahi Aboki of the Congress for Progressive Change (CPC), polled 93,050 votes.
Alhaji Abdullahi Adamu is a lover of sports, especially football, baseball, cricket, hockey and athletics. A well-rounded man, he is a Lawyer, Engineer, Technocrat and a consummate politician. He is married and has five children.